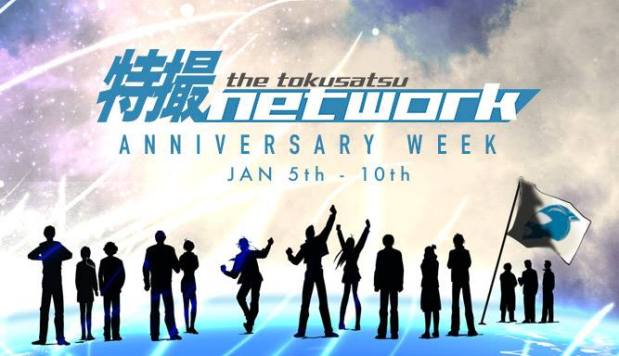 From January 5th to 10th, the Tokusatsu Network celebrates its One Year Anniversary. Throughout the week, the members of Team TokuNet looks back on their first year together and share their thoughts on this past year and their hopes for the future.

Besides being on the writing staff for Team TokuNet, she is also in charge of the site’s Tumblr.

How’d you hear about TokuNet?

Back in March I got an email from my dad about sending in writing samples to what started out to be a reviewer and turned into becoming a permanent writer.

What was it about contributing to TokuNet that appealed to you?

Did you have an reservations or concerns about contributing to the site?

At first, since I was just doing reviews about a show from the 70s, I didn’t think many people would read them, so I feel like I wasn’t really contributing at all.

How have things changed for you since starting the site?

Since I’ve started in March, my role for TokuNet has grown from being a once-in-awhile reviewer to a permanent writer in addition to being the person in charge of the site’s Tumblr page.

How would you describe working with the other staff members?

I think it’s been a really good experience working with others. I think it’s fun talking with people all over the country and the few in other countries. I really like the fact that everyone works together to make sure facts are correct before publishing any story. Working with everyone has been a great experience, but I think working with Yas has helped a lot with editing and making sure my articles make sense. He’s also helped with making sure I get formatting right and making sure all the facts are right.

Any goals for the future?

For TokuNet as a whole, I hope there’s more interaction between the readers and  writers, and, hopefully, viewers will know how much effort we put into all of our posts. As a team, I hope we can all continue to get along as great as we do, and hopefully that can be seen in our articles.

Continue Reading
You may also like...
Related Topics:anniversary week